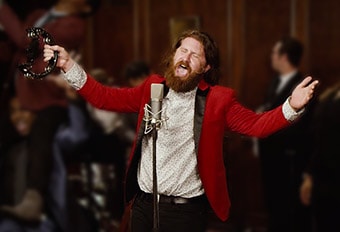 CoversOnly was an iPhone app and set of backend services I created to design a better experience around the discovery of cover song videos on YouTube. Side projects have long been passion of mine to learn new things and to freely pursue a creative vision without much risk. In this case, I thought that designing for just one kind of video – videos of people covering popular songs – could innovate on YouTube’s catchall experience and appeal to the creators and fans of these videos.

To build the app itself, I learned how to code in Swift. The data for the app came primarily from YouTube, but was run through a number of algorithms I wrote in php to: build real time-charts based on social shares, determine the original song and artist from the video’s title, automatically tweet the new songs each day, and tweet when there’s a new top song on the chart. This all automatically updated multiple times a day, so it essentially ran itself without any input from me. After running strong for three years, I decided to sunset CoversOnly to free up time for other projects.

Though CoversOnly didn’t quite make it to the top of the app store charts, it was a great learning experience to create an entire app, soup to nuts. Knowing what actually goes into creating a final product makes a stronger designer, and I always encourage other designers to learn about code, copywriting, data science, etc. 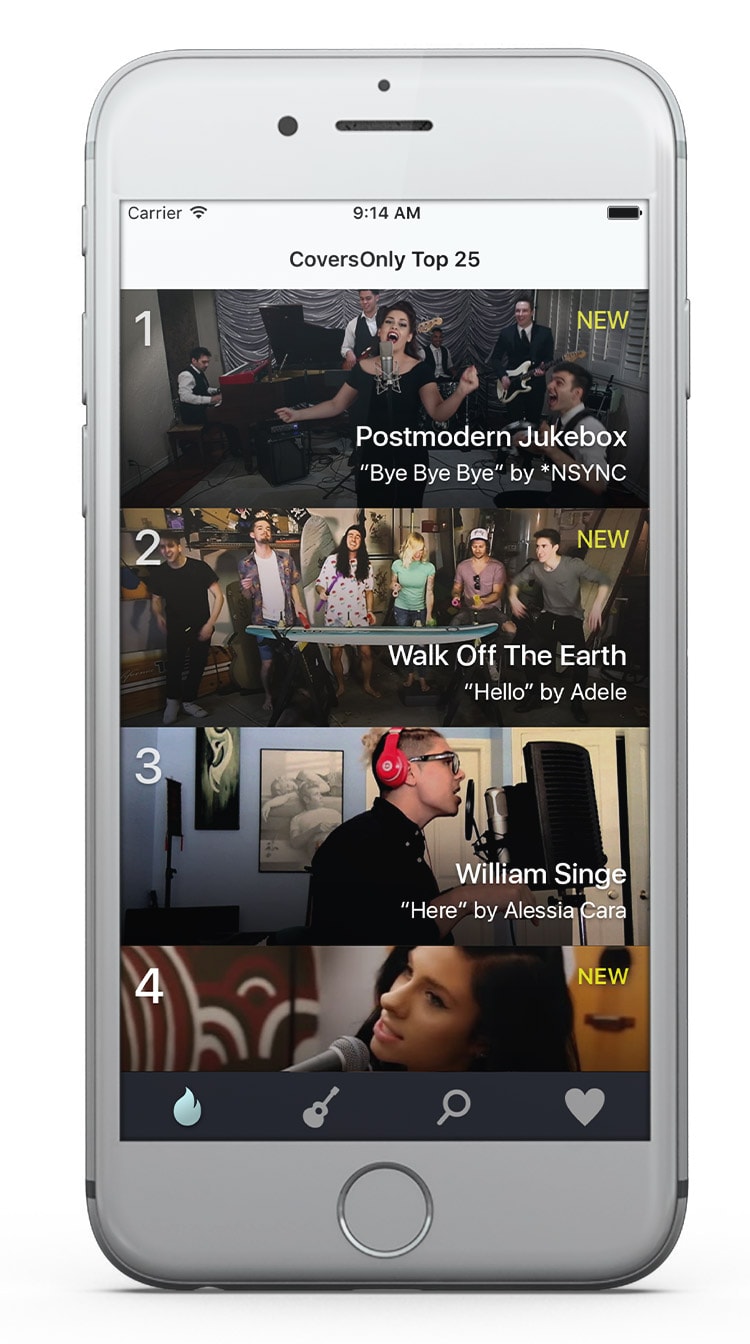 Charts is the main section of the app and really the heart of the CoversOnly experience. It updates itself hourly, giving users a reason to keep coming back and providing artists and fans with a valuable metric of video popularity at any given time. The rankings are calculated by social sharing velocity and not just overall views which YouTube uses. The benefit of this approach is that it allows CoversOnly to display freshly released videos that are rapidly gaining in popularity even when their view count is low. I’m pretty sure this is the only chart out there focused on the popularity of cover song videos. 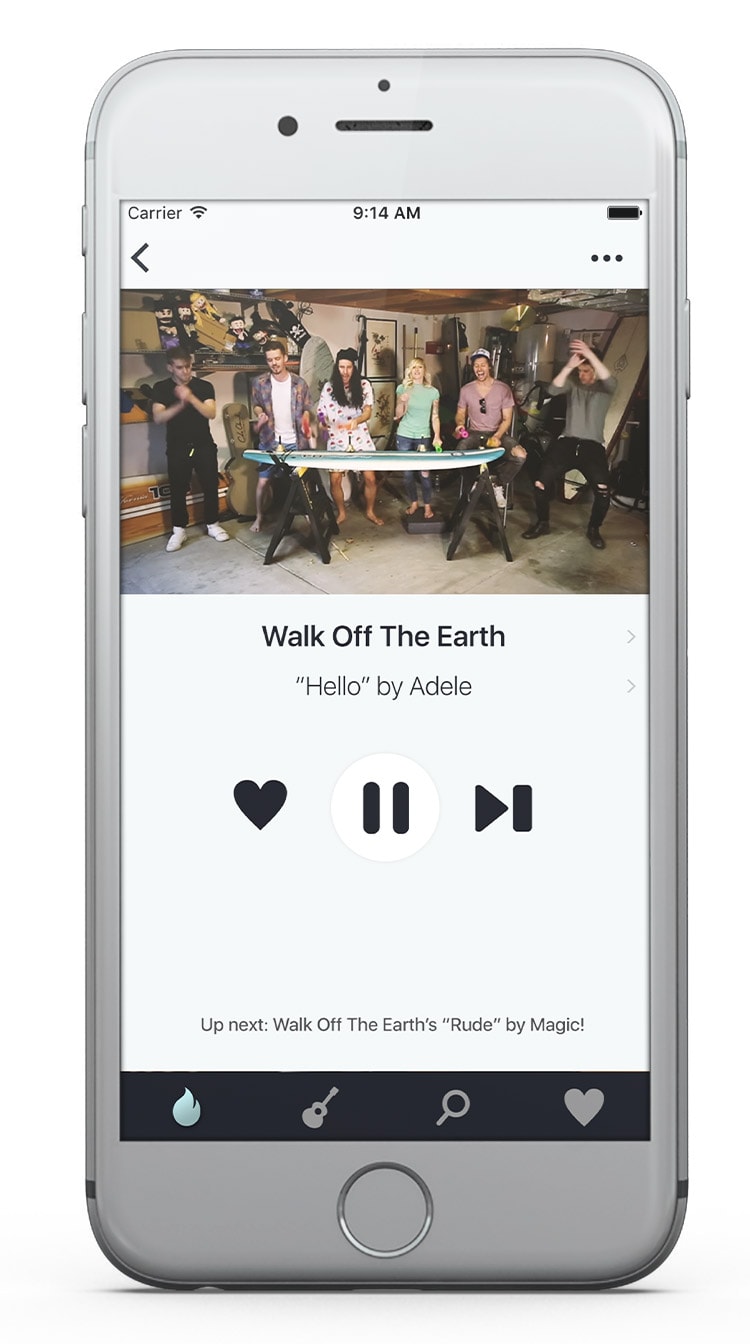 Watching videos on CoversOnly is a focused and simplified experience. While YouTube may autoplay into the original music video for the covered song, CoversOnly only plays more cover song videos. I created an algorithm which processes video titles and outputs the exact song being covered and the original artist name for any video. This allows for consistency and clarity in the playback page layout, and avoids having to display misspelled, messy, or all-caps video titles. This clean metadata links to additional cover videos – the artist name leads more of their covers and the song name leads to all covers of that song. 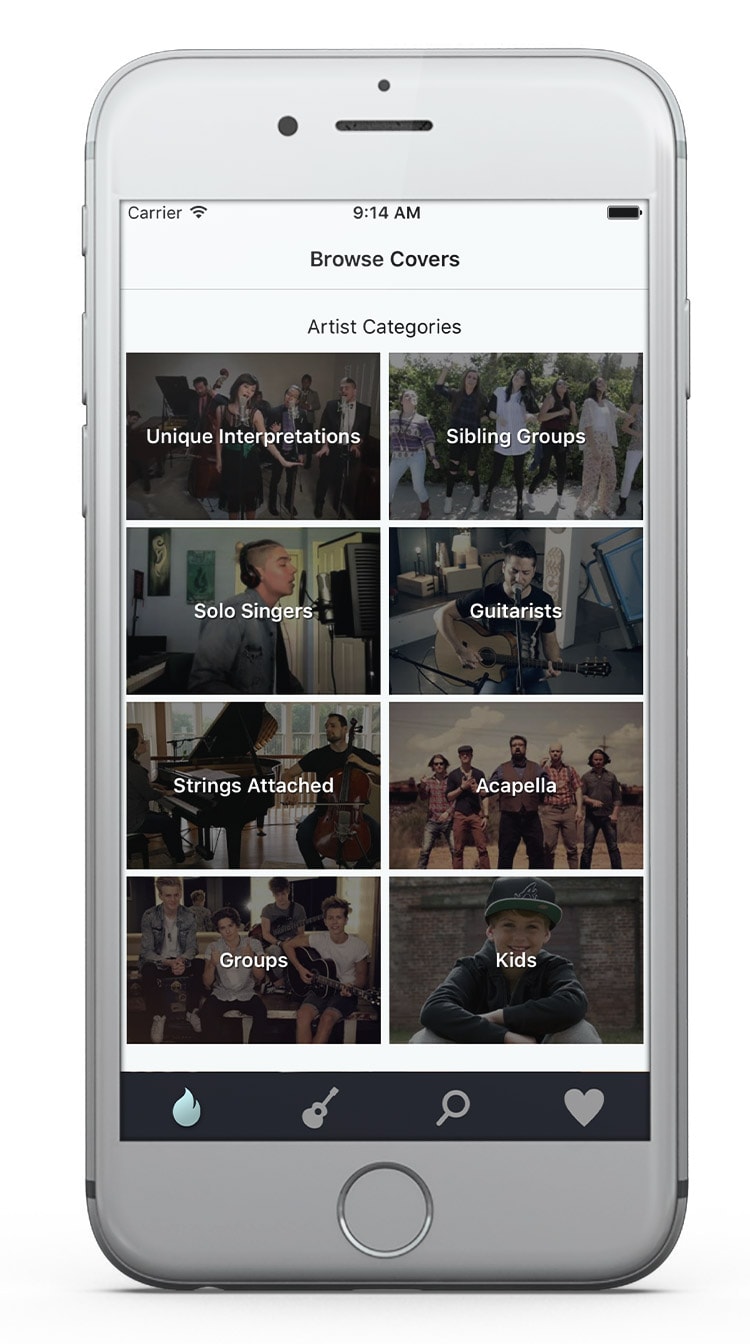 Browse is a more broad means of discovering new cover artists than the charts section. It contains hand-curated collections of artists organized by categories specific to cover videos like “Kids,” “Sibling Groups,” or “Unique Interpretations.” For fans new to cover videos, this section is intended to be a great jumping off point into the vast wormhole of cover videos on YouTube. 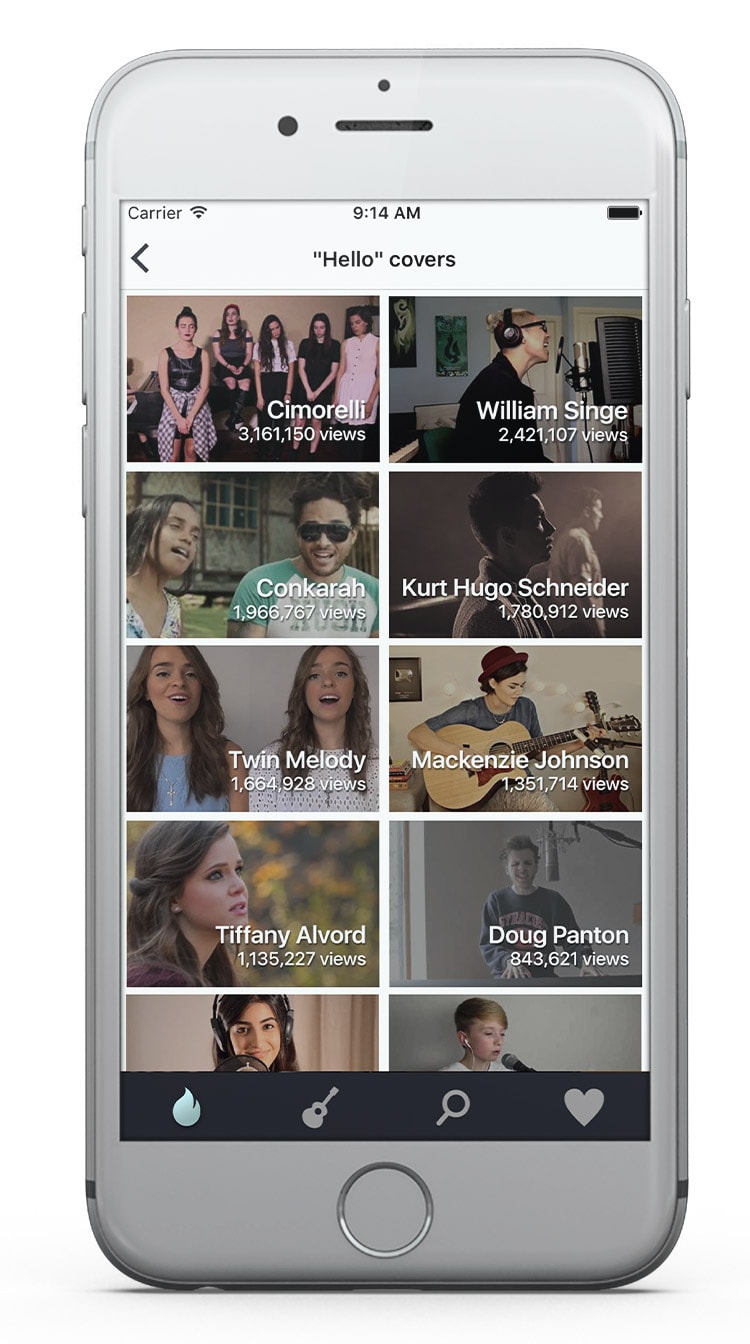 This page contains all covers of any song and displays the thumbnail and artist name for all cover videos of any song, and organized by view count. Like the playback page, the information on this page is intentionally focused around the artist and song bring covered, so it's less noisy than the equivalent view in YouTube’s apps. 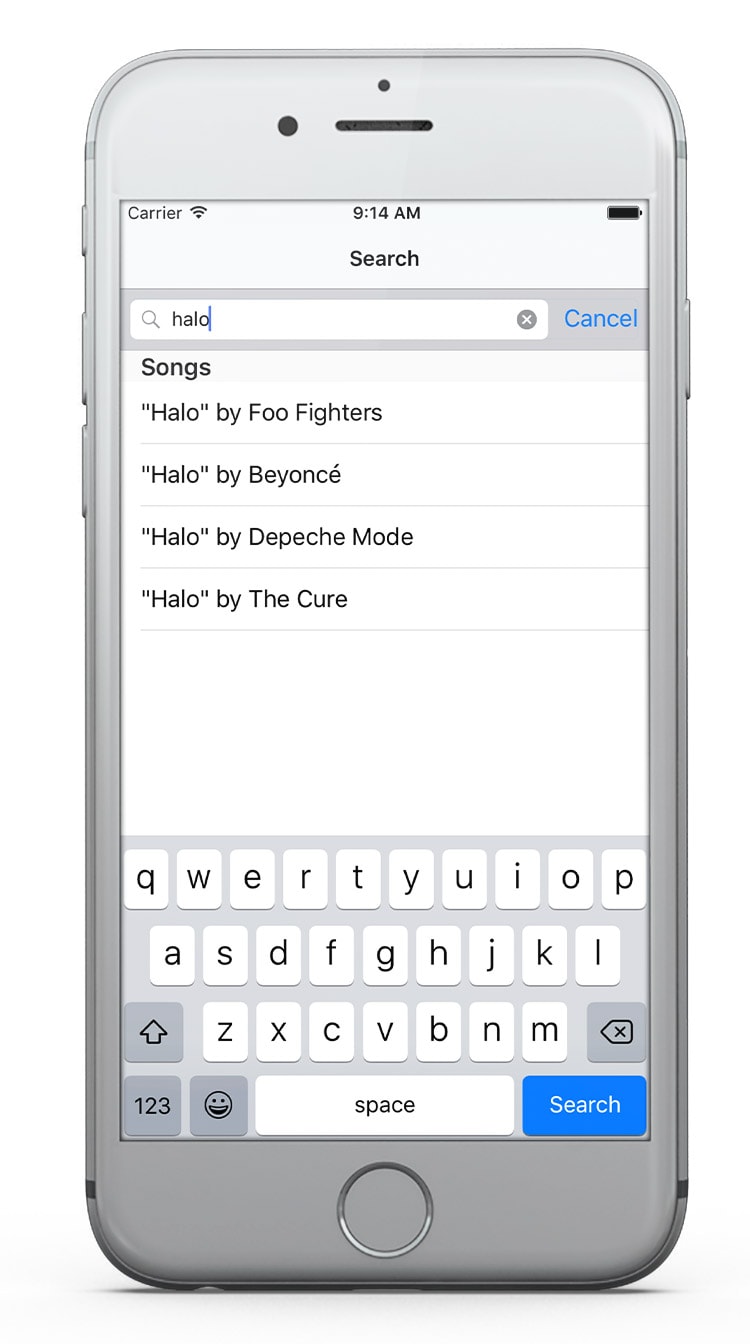 The search section allows users to find cover videos of any song ever, whether new or old. It uses an API from EchoNest (Spotify’s music intelligence arm) to auto-correct song titles and suggest artists, saving users time and effort of typing out entire names (or needing to remember that Ke$ha is spelled with a $). 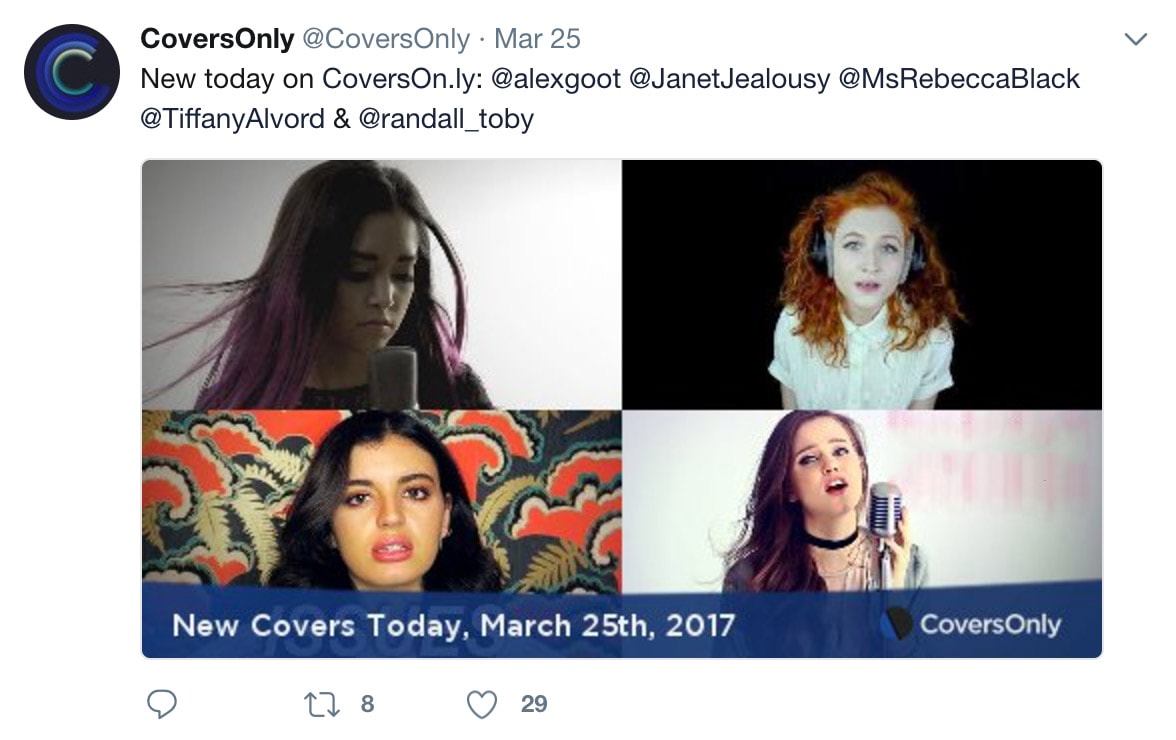 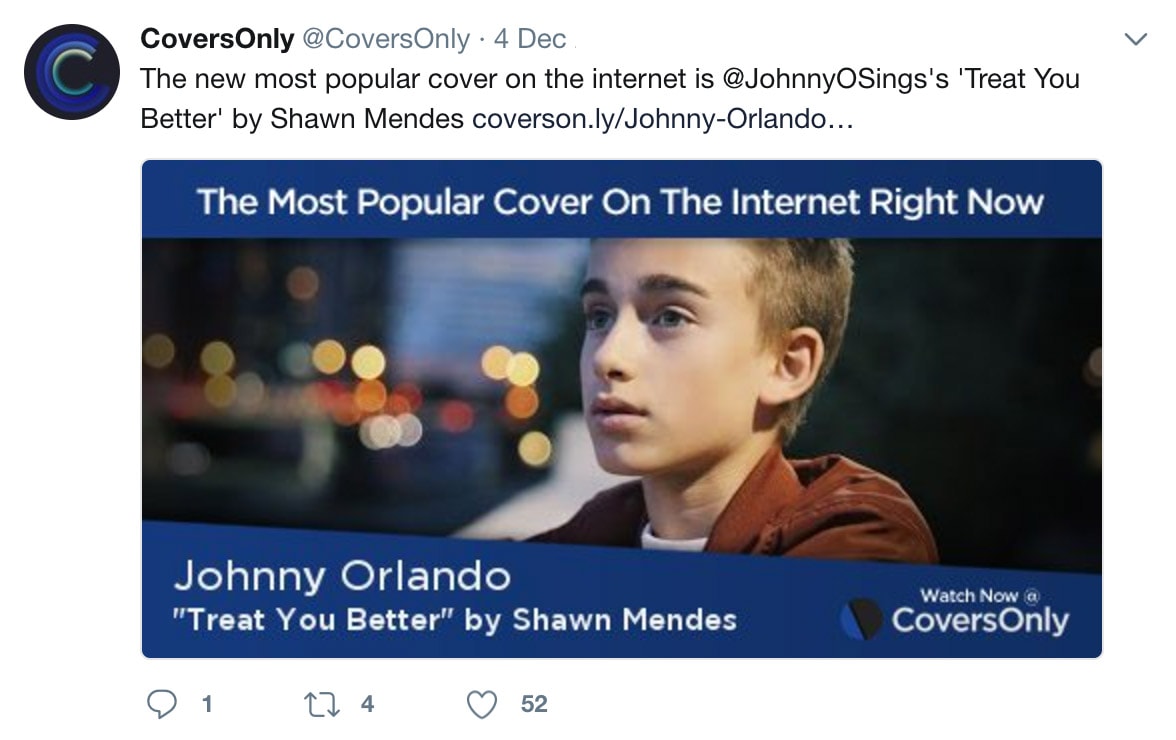 After an initial explosion of inspiration and effort, my sideprojects usually fall victim to a double-punch of inaction – lack of additional development as I move on to my next idea and lack of promotion because I’m just more passionate about making things than promoting them.

With this in mind, I wanted to build something that could be self-sustaining and self-promoting. The app already updates itself multiple times a day with new covers, so my first issue was handled. For promotion, I wrote a script that compiles today’s new cover thumbnails into an image and tweets it out every afternoon. It also @ mentions the actual cover artists, which gets their attention and has generated tons of retweets and visibility for CoversOnly. When a new song makes it to the top position of the charts, another image @ mention gets automatically tweeted. In many cases these “Most Popular Cover On The Internet” tweets have earned hundreds of retweets, all essentially without any action on my part.